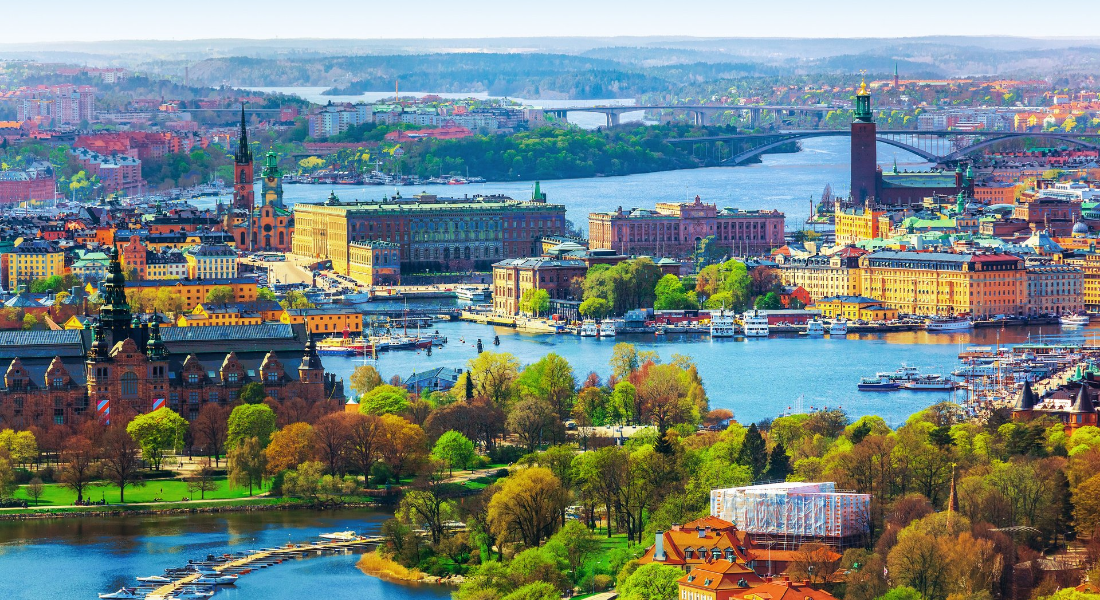 Do you need assistance with global payroll services in Sweden?

scale at any dimension

Foundational for global growth, Payslip enables businesses to instantly expand to new regions and countries while still having complete choice of in-country payroll providers and full control of SLA terms. With Payslip, businesses can continuously scale-up, always ready to capture new opportunities in any part of the world. Get in touch with us today.

Due to covid-19, the following measures were taken by the Swedish authorities:

Basic Facts about Payroll in Sweden

Payroll in Sweden involves certain obligations on the part of employers, who should be primarily concerned with observing relevant tax laws. A business’ payroll process must take into account individual income tax, social security contributions, payroll and sales taxes, and withholding tax. Taxes are levied at the national, county, and municipal levels. Setting up payroll requires information from employees, including a

Swedish Tax Identification Number (TIN). Employers also must provide mandated workplace protections. Employees are guaranteed vacation time, maternity and sickness leave, and termination pay, among other services, regardless of their job. Employees must be issued with a payslip every pay-date, and payroll records must be kept for at least 7 years. The tax year in Sweden runs from January 1st through to December 31st. Individual tax returns are due by 2 May of the year following the income year (calendar year).

Payments to employees other than regular wages are subject to an income tax withholding rate of 30%. Employees with total annual income of less than SEK 1,000 are not subject to income tax withholding. Non-residents employed in Sweden are taxed a flat rate of 25 percent. Non-Swedish residents employed by non-Swedish firms are exempt from paying any income tax provided they do not spend more than 183 days in Sweden over a 12-month period. Employers withhold income taxes and social insurance contributions using the Pay-As-You-Earn (PAYE) system from employee wages monthly. The income tax accrued as employees are paid by employers (not self-employed) is called the preliminary tax, or A-tax.

Residents of Sweden are liable to income taxation and social insurance contributions on their worldwide income.

The top marginal rate on earned income is approximately 55.5% in practice.

Payroll tax is taxed at a rate of 31.42% for employers, or 28.97% for the self-employed, although this may differ to individuals under 26 or above 66 to encourage greater labour force participation.

Sweden does not levy withholding tax on interest or royalty payments. However, royalty payments made to nonresidents are deemed to derive from a Swedish business and are taxed as income from a permanent establishment in Sweden.

Sweden has one of the most highly developed welfare systems in the world. In Sweden, the Social Security Rate is a tax related with labor income charged to both companies and employees.

Employees must make a 7% contribution towards the public social security system.

The social security system in Sweden is comprised of several elements:

Employers are required to make a contribution of 31.42% percent in addition to an employee’s base salary. Employers deduct social insurance contributions from employee wages monthly and remit them to the Swedish Tax Agency using the PAYE system.

Overtime is permitted to a maximum of 48 hours during a 4-week period or 50 hours per calendar month but cannot total more than 200 hours per 12-month period.

An 8-hour day is the norm, 40 hours per week. Saturday and Sunday as rest days.

Sweden has 10 national holidays, including some falling on a weekend. Up to 4 extra depending on the sector you work in, your employer and collective bargaining agreement (if a union member).

Employees are entitled to 25 working days, equivalent to five weeks of annual vacation. In Sweden, vacation pay is 12% of the employee's gross salary.

Sweden does not mandate employers to provide bonus payments to employees.

Employers injured in the workplace are compensated through their workers’ compensation insurance fund.

The Swedish Migration Board is the central authority for foreigners migrating to Sweden. Foreign workers in Sweden are divided into two key groups regarding visa and travel criteria:

For stays of longer than 90 days, foreign workers, whether non-EU or EU, are required to attain a government-issued residence permit card. Workers from Switzerland are treated as though they are EU/EEA residents.

Tax relief for key foreign personnel:  Employees with specialized skills difficult to find in Sweden can receive a 25% reduction of taxable income, including any benefits and employer contributions to housing and living costs. The tax relief means that 25% of the compensation will be exempt from Swedish tax and social security charges during a 5 year period.

For more information about how our Global Payroll Control Platform integrates with local payroll providers in Sweden, contact us today.

A crucial report delivered to your finance team

The client onboarding experience at Payslip

CFO: Key finance metrics to monitor at a start-up

Things you can do to boost employee retention rate...