The top 5 most complex countries to run payroll 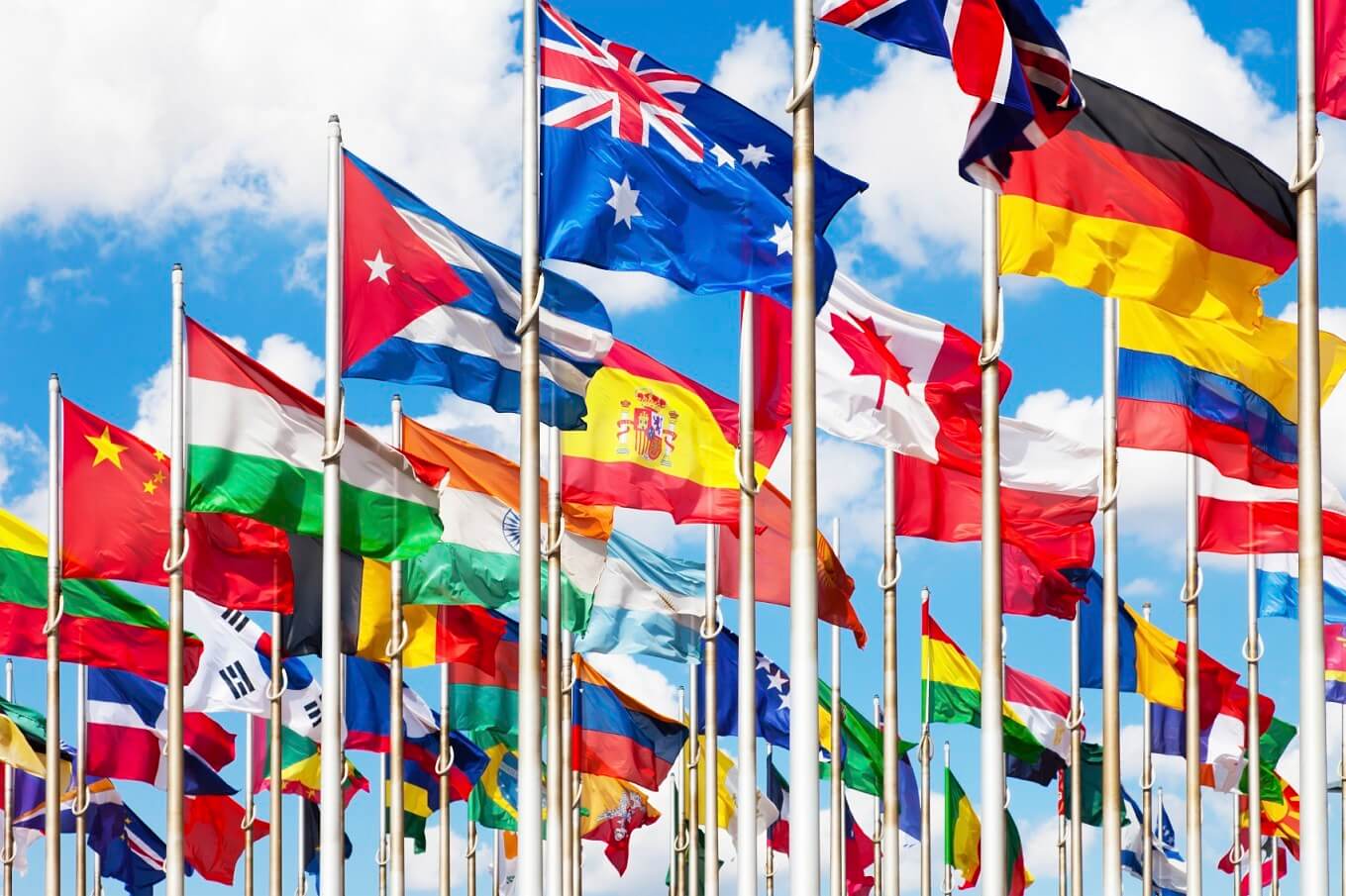 It’s no secret amongst payroll professionals that payroll processes are becoming increasingly complex with every year that passes.

Indeed, according to one contributor to the recent NGA HR 2019 Global Payroll Complexity Index Report, “Payroll is no longer just about paying people. It’s about managing data.”

The reasons behind this growing complexity arise from three angles: regulations, workforce expectations, and business needs.

Sources of complexity in payroll systems

An important change to payroll management and employee data management came in 2018 when the General Data Protection Regulation was enforced across the European Union and the EEA. This directive applies laws on data protection and privacy for all citizens within European countries which businesses must comply with. The law compounds existing anxiety surrounding data ownership and privacy that HR professionals must contend with when storing and utilizing employee data.

As national governments regulate further on data privacy, it’s often the case that these national laws overlap with or even contradict regional legislation, making payroll processing even more challenging.

Led by the United Kingdom, many businesses are beginning to use payroll data to address gender and other wage gaps in line with the international interest in these issues. This often means an increase in the volume of data stored, which increases the complexity of data gathering, handling and storing.

The way in which workers expect to be rewarded is changing. Rather than just a traditional salary, many expect to receive employee benefits, reward programs, and bonuses. Including these variables in payroll calculation, sometimes retroactively, has increased payroll complexity.

Payroll departments must now balance casual workers’ hourly rates alongside salaried workers and freelancers in one cohesive payroll system, a job that is complicated and ever-changing. In addition, people are switching companies more and more, making the management of data an ongoing challenge.

As Millennials and Generation Y become the dominant workforce, increased pay transparency is expected. This means that human resources teams must ensure the accuracy of data, fair calculation of employee benefits and more clarity in payroll reporting. This is another factor which is making payroll processes more complex than ever.

Finally, the increasing number of life events that occur whilst staff are employed makes payroll operations more complex. Whether it’s early retirement, maternity and paternity leave, time off for caregiving or the welcoming of expatriates, payroll reporting must now manage a much larger and more varied volume of data.

The needs of the business also dictate an increased complexity in the role of payroll providers.

International expansion opens businesses up to an international workforce that is subject to local laws, local income tax, and social security. All in a myriad of international languages.

Many countries are noticing increased complexity in their payroll services as they move from a manual to a service sector economy. Thailand, China, Turkey, Malaysia, Argentina, and Mexico are complex countries requiring more sophisticated payroll solutions for this reason. 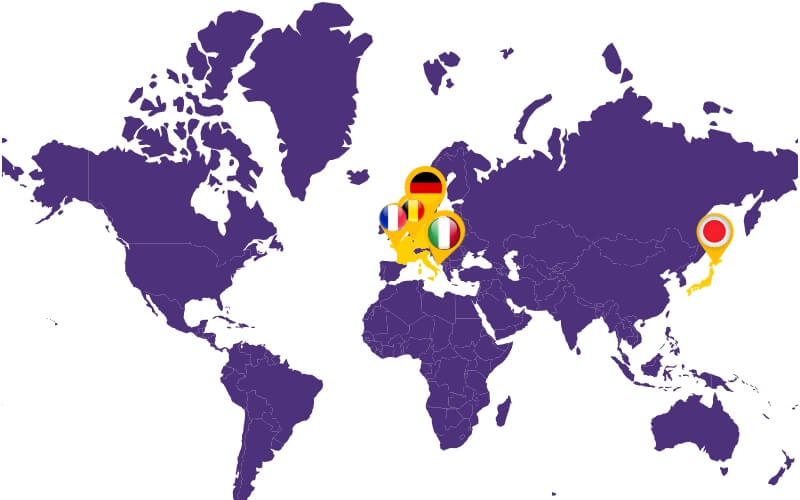 Of the 40 countries listed in the NGA Human Resources survey, 38 percent are in Europe. This is due to the additional complication of the GDPR layering over national and regional laws, the increased complexity of government reporting and the variety of tax rates at various administrative levels.

The top four are all in western Europe, where laws on data privacy are perhaps the most advanced in the world making the job of those who must run Global Payroll more complex than ever.

France is deemed the most complex country for global payroll management in 2019.

The country has an intricate legal structure surrounding work, one example of which is the Code du Travail. This allows bargaining agreements to be negotiated between employers and labor unions. 95 percent of employers are covered by such agreements, which give employers more substantial benefits in addition to the ones sanctioned by the state. Integrating both sets of benefits in one payroll system is a complex task.

France operates on a 35-hour working week, which means that overtime pay must be factored into payslips. But if the overtime exceeds 46 extra hours over 12 consecutive weeks, this may be taken as a day off. Programming such nuanced rules into a payroll calculation is not easy.

The country experiences regular legal changes that stand in the way of simplicity for payroll providers. This year, a ‘withholding tax’ was introduced which means that employees pay taxes monthly rather than annually. The integration of this update into payroll services was a major reason for France’s position in the survey.

It is not just the frequency of these changes but also their complexity and lack of accompanying instructions which makes their integration more challenging. Finally, all payroll documentation in France must be in French, regardless of the country of origin of the business. A final layer of complexity in an extremely challenging payroll system.

“Italian payroll is characterized by a crossed labyrinth of constraints and rules, linked to the complex history of labor law which, in Italy, has very ancient origins.”

It is not just labor laws that are complicated in Italy. Each employee is subject to several tax rates, each with strict payment deadlines and sizeable penalties attached to failure to pay. Payroll tax calculations must factor in all these various taxes on a national and regional level. The responsibility for payment and documentation of these taxes lie with the employer.

In addition, employers must organize employee contributions to the National Social Security Institute, a unique Italian system in which employers take 7% of each employee’s salary and set it aside. When the employee leaves the company, they receive a lump sum back with interest or can contribute the amount to their pension.

Any absences from work must be documented with a choice of over 20 types of absence. The payroll department holds the responsibility to follow up with the appropriate payment and taxation.

Finally, the economy has a big impact on payroll runs in Italy, meaning no two are the same and retroactive payments are common. New government incentives might crop up to drive employment or support new businesses, further complicating matters at the payroll stage.

Holding its place from 2018, Belgium offers payroll professionals a range of challenges.

The first is linguistic. Much like in Switzerland where there are four operational languages, as a trilingual country there are three payroll systems. Blue-collar and white-collar workers are also subject to different payroll systems.

An employer who has employees across sectors or regions faces multiple administrative complexities. To ensure the right salaries and taxes are paid, there are many calculations to be made. And the complication does not end there as documentation and declaration are also long-winded and difficult.

As with France and Italy, there are regular legal changes in Belgium which ensure that few payroll runs are the same and many require retroactive payments.

Another country with frequent legal changes which complicate payroll calculations in Germany.

The Wage Tax System operates under six tax categories identifiable according to the individual circumstances of each employee. As the employee’s status changes throughout their life, amendments must be made accordingly whilst meeting standards set by the GDPR and local tax and privacy laws.

Fair pay is a big topic of conversation in Germany, which whilst positive, has caused complications in payroll calculations. Minimum wage laws and occupational pension laws vary by region and must be layered on top of national social security rules when calculating tax, pay, and access to benefits such as savings schemes and medical insurance.

A country that deserves a notable mention as the fastest growing economy in Europe, Poland is steadily rising the ranks as one of the more complex countries in which to run payroll. This is due to increased international expansion, a spike in legislative development and new tax laws and social security payments.

The only Asian country to make the top five, Japan suffers a particularly difficult year-end tax adjustment system. Taxing benefits is also complex for payroll professionals who deal with employees in the country.

Meanwhile, in the rest of Asia, the Philippines and Malaysia face erratic tax regulations and Hong Kong is victim to regular legal updates. Singapore is the only country to have experienced the simplification of payroll processes, following a system restructure.

Across the world, North America has also moved down the list as payroll processes become less complex. Respondents from the United States reported improved information available to assist payroll professionals in their role as being of particular help. Conversely, in the Southern Hemisphere, Australia suffers confusion between state and federal rules as well as a lack of clear information.

Faced with the growing complications of global tax systems, a third of respondents to the survey indicated that they would be looking to outsource their Global Payroll in the near future. A global payroll service has the experience and expertise to navigate the various complexities and challenges of setting up payroll on an international scale.

As companies grow and scale internationally challenges such as using a multitude of global vendors, lack of standard processes, not having a single system of record, lack of visibility and consolidated reporting will begin to arise.

In order to standardize global payroll, employers need to have control and visibility over the entire international payroll.

Global Payroll Software provides control and visibility through consolidated reporting such as multi-country employee costs. Offers flexibility for scalability while facilitating a clear line of communication between the employer and the in-country payroll providers giving the employer ownership of the entire global payroll system. Global Payroll software will integrate with the HCM and provide security in terms of governance and data protection.

To find out more about Payslip’s Global Payroll Software, contact us and we will arrange a free trial!