How to navigate salary transparency to promote business growth 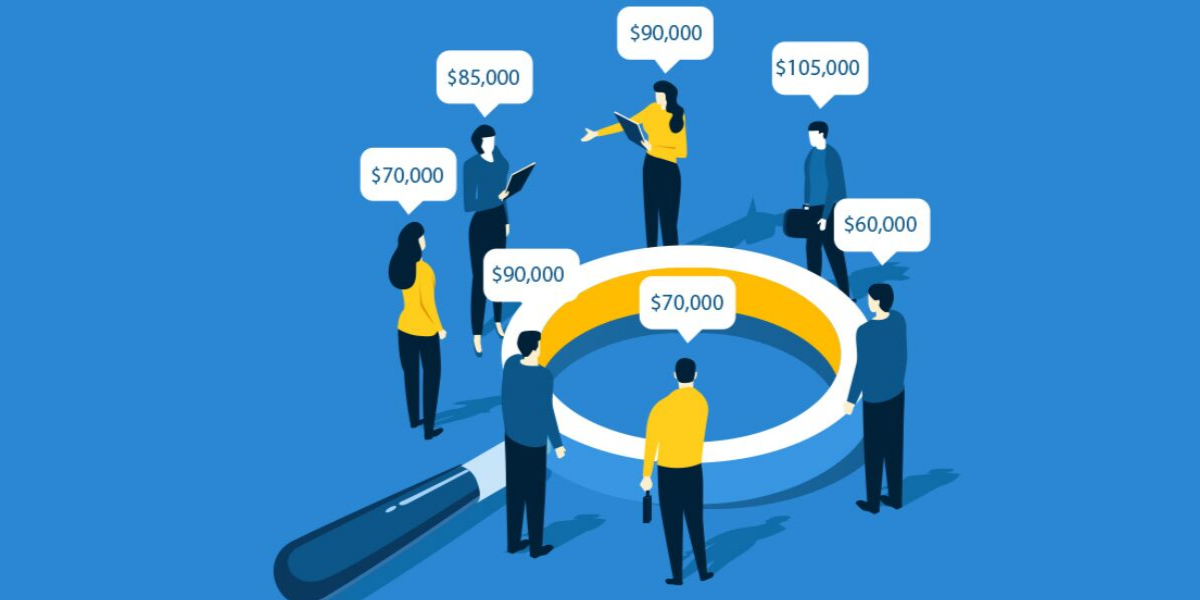 In a world where we’ll quite happily share the details of our family life or how much our house cost, it appears that what we earn at work is one of the last taboos.

As we learned in a recent post, salary can be a motivating factor for employees as many people regard their pay packet as an indication of their worth. Employees are likely to compare their pay information to that of their co-workers and those in their industry, even if this data is not always readily available.

Indeed in the US, only 17% of private sector companies practice pay transparency. Whilst 41% discourage and 25% actively prohibit salary discussion amongst employees according to a 2017 report from the Institute for Women’s Policy Research.

Salary transparency is bad for business

So, why the reticence for salary revelations? Many maintain that sharing compensation data is bad for business. Scott Rick believes that because it is such personal information, “people see it as their worth,” revealing pay information can damage motivation and productivity.

In a study Rick conducted entitled “Cheating More for Less: Upward Social Comparisons Motivate the Poorly Compensated to Cheat”, candidates performed worse or even cheated at tasks if they knew they were being paid less than their fellow participants.

Motivation and productivity are not the only things impacted by pay disclosures, often staff turnover increases too. “Good employees who feel underpaid may demand more money or exit the workplace,” says Joan Marques, professor of management at Woodbury University in California.

Where salary transparency occurs, the many reasons behind pay discrepancies may not be accounted for. Perhaps one employee is a particularly aggressive negotiator, whilst another accepted a high salary to lure them from a rival company, or there is the employee who possesses a unique skill that is worth an elevated salary. Employees who compare pay packets without this background information are likely to feel disappointed and demotivated.

Similarly, pay data alone is not enough to compare employee worth. Many companies substantiate salaries with attractive benefits such as health care or access to a vehicle for example. But this may not feature in the basic salary information given to employees, which again could cause dissatisfaction.

What this suggests, however, is that it is not pay transparency as a policy that is bad for business, but that if it is handled incorrectly then the results can be disastrous.

The trend towards transparency

As far back as 2015, employers were beginning to consider the benefits of pay transparency. Gray and Christmas, an American outplacement firm made this statement in their January 2015 press release: “While salary transparency is still far from widespread, the idea of instituting an open-book policy on what every employee earns is starting to gain traction.”

As sites such as Glassdoor.com, PayScale.com, and Salary.com gained popularity as a result of the Millennial generation’s propensity to share personal information online, employees were becoming empowered to Google comparable employee salaries and ask questions about their own. The trend moved into the legal sphere when penalizing workers for discussing salary was outlawed in California, Delaware, and Colorado amongst other states.

For those who are wondering where this transparency trend will take us, Norway leads the way when it comes to openness around salaries. As a result of the country’s high taxes, the government made it possible for all citizens to find out each other’s tax return data to foster trust in the social security system. A policy which has seen positive results, it is likely that this will become a part of the future of many countries around the world.

Analytics firm SumAll cited trust as the main reason that they disclosed all salary information in an internal shared file. As CEO Dane Atkinson said, “People tend to have a higher degree of trust in an organization that is transparent.” And the gamble appears to have worked, no one left the business as a result of the announcement, and the company enjoys less than 10% staff turnover per year. Most importantly, wage gaps that emerged are being ironed out.

These are just a few of the benefits businesses can enjoy by disclosing employee salary information.

As SumAll found, pay transparency motivates staff. But the circumstances under which this can occur are when companies share the information using a holistic approach. If employees can relate the figures revealed to value and performance, motivation and productivity will improve.

In a study by Tel Aviv University pay transparency improved motivation compared to when participants did not know what their co-workers earned. This is corroborated in a study by Emiliano Huet-Vaughn at Middlebury College who discovered that workers who knew the salaries of others worked harder. Interestingly, this was true across high and low performers and those with a higher salary as well as those with a lower salary.

When US grocery chain Whole Foods disclosed salary information it saw an upturn in the motivation of employees to achieve. When workers challenged CEO, John Mackey about their salary in comparison with a colleague, he would respond, “That person is more valuable. If you accomplish what this person has accomplished, I’ll pay you that too.”

Salary transparency can even attract new employees. When social media marketing company, Buffer published a spreadsheet of every salary including an online calculator so that you can see what you would earn if you worked there, more people applied for jobs than before the compensation data was public.

It comes down to fostering a company culture of honesty, trust, and inclusivity. GrantTree, a company that helps tech firms secure public funding takes this a step further, internally publishing not only salaries but also sensitive corporate information including accounts and budgets. Employees must research and propose their own salaries. This approach builds a sense of trust which drives loyalty and reduces staff turnover. 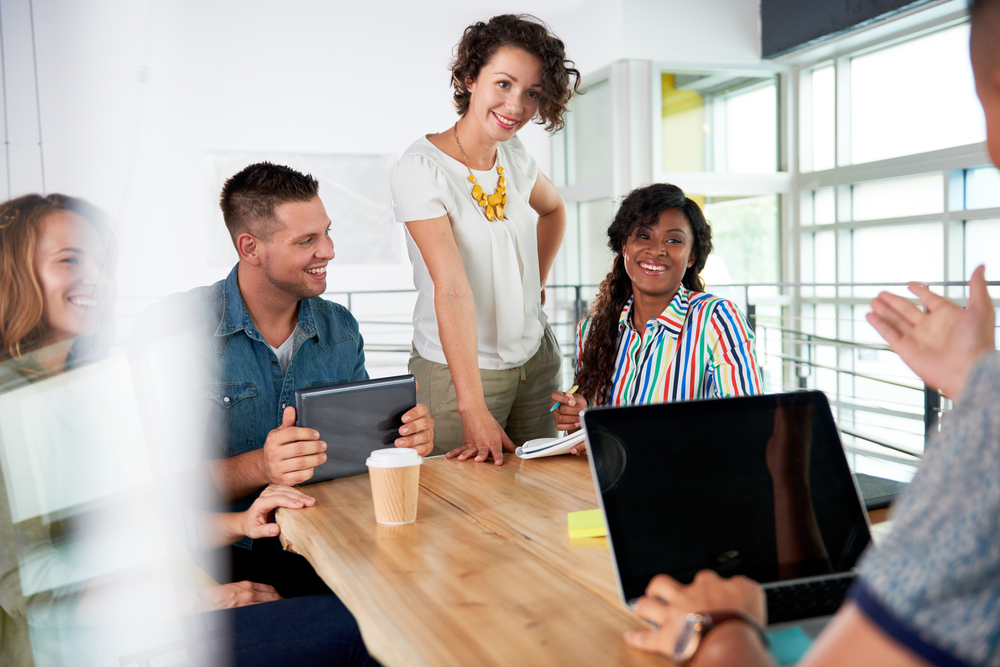 Another benefit of the disclosure of compensation data is the management of salaries at the top of the pay range. In the UK and US, the pay ratio between the chief executive and the average worker has to be published by law. Several businesses have seen a change in company culture as a result of this legislation.

Property development company Persimmon removed its chief executive Jeff Fairburn following the fallout when his £75 million bonus hit the news. In a company which failed to pay a living wage to some employees, 64 percent of shareholders voted against such an unequal pay policy, but the package was honored regardless. Persimmon quickly adopted the living wage at the start of this year following ever-growing stakeholder pressure.

Another shareholder revolt happened at Royal Mail when 70 percent voted against its remuneration policy which allowed Rico Back’s annual package to total £2.7 million in spite of his £6 million welcome bonus that same year.

Perhaps the most famous pay transparency scandal came when the BBC published the salaries of their employees, revealing an astonishing disparity between the highest and the lowest salaries. As a result, the BBC is working on reducing its spending on top talent.

Another concerning disparity that the BBC fell under scrutiny for was the gaping gender and racial pay gap. For women and people in the minority around the world, the country in which they work has a huge impact on what they can expect to earn in comparison to white men working under the same job description.

Reporting on equal pay was recently introduced in the UK and France, German women meanwhile can only ask for the median salary of a group of six men doing similar work. This increased visibility targets reducing pay discrimination.

Of course, given Norway’s pay transparency, it is no surprise that the country ranks 3rd of 144 countries on the World Economic Forum’s 2016 Global Gender Gap Report. In Sweden, another country in which all you have to do is phone the tax office to find out a fellow citizen’s salary, the gender pay gap is only 15 percent compared to 18 percent in the UK. If you compare like for like jobs, this reduces to only 6%. Businesses with more than 25 employees are required to have an equality action plan to guarantee fair pay between the genders.

Pay transparency is one of the key weapons in the fight against pay discrimination based on gender and race. SumAll CEO Dane Atkinson says, “Salary transparency is the single best protection against gender bias, racial bias or orientation bias.”

In the case of Buffer, their pay transparency exposed a gender pay gap of $10,000. Whilst this revelation is a positive step, they are still working to improve the employee experience which continues to allow such discrepancies to exist. That includes conducting experience level assessments without bias and reducing the need for salary negotiation, two areas where traditionally women’s salaries suffer.

Transparency alone is not enough to end gender pay disparity. In the US women in the private sector, where there is majority pay secrecy, earn 79 percent of what their male co-workers do. But in US government agencies, women make only 81 percent of what men make even though their salaries are declared, according to the Institute for Women’s Policy Research.

One potential solution to the pitfalls of pay transparency is to flex the level of transparency within the business.

Process Transparency is a lower level of transparency where the human resources team may disclose only pay levels not specific salaries and accompany them with clear explanations as to how they formulate those levels. For example, whether an employee’s salary relates to their years’ experience, their qualifications or the level of responsibility required by their job title. It is also important to disclose clear quantifiable ways in which employees can progress through their salary range.

The alternative to this approach is Total Transparency, in which every individual salary is divulged. North Shore LIH Health System in New York City adopted a unique approach in which salary disclosure occurred to varying degrees depending on the employee. Union workers and senior managers had full transparency as it’s a non-profit organization, whilst non-union workers learned only their pay bands.

Todd Zenger at the University of Utah conducted a survey of 7000 Silicon Valley engineers in which 92 percent rated themselves as being in the top quarter of performers. What this showed is that people overestimate their performance, and thus may overestimate what they are worth compared to their co-workers.

To counteract this, salary transparency accompanies clear communication of the context surrounding pay decisions. Criteria must be well-defined, objective and quantifiable. Differences such as those between different faculties and contracts must be streamlined to make the process as understandable and navigable as possible. In this way, businesses stand to reap the benefits of salary transparency without risking demotivation and loss of employees.