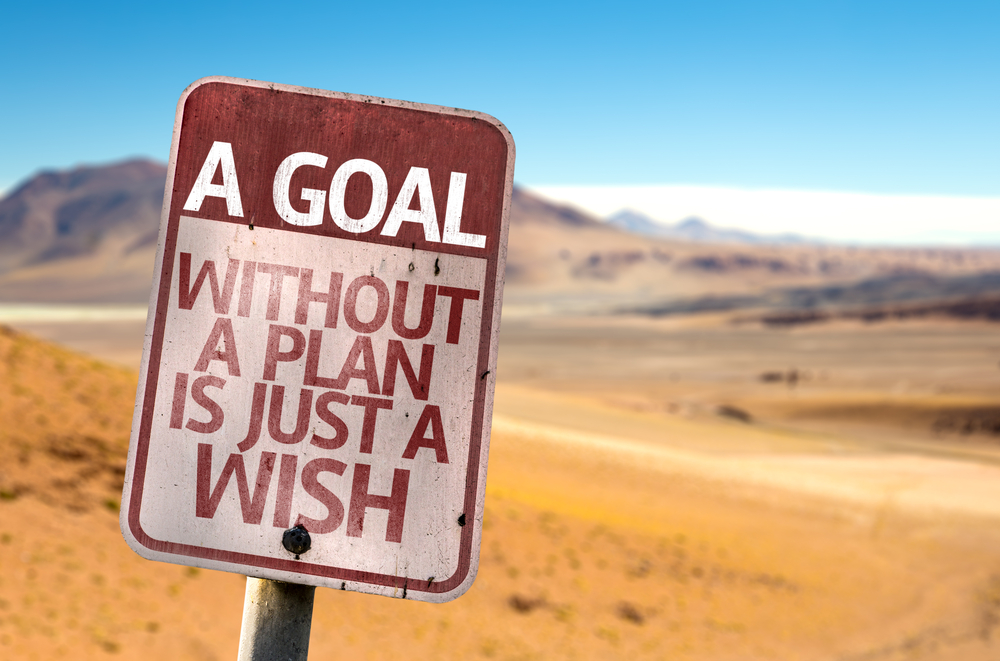 According to a report by People Management in 2017, change management is one of the top challenges faced by HR teams in modern businesses. In the current landscape, organizational change as a result of fluctuating market conditions, growth or technological progress is near-constant.

As Ruth Stuart, Lead Consultant of Strategic Projects at the Chartered Institute of Personnel and Development notes, “In a volatile world of work, change has become one of the few constants. As organizations evolve and adapt in response to this, we’re seeing a new generation of business leaders emerge that are much better equipped with the knowledge and capability to land transformational change.”

Whether it’s scaling up a business, overseeing a merger or acquisition or expanding into international markets, the change process must be handled with care and expertise to safeguard the future of the company.

Andy Swann, change consultant at architecture firm, BDG explains how to spot successful change management: “An effective change management program can be defined by one which results in positive adoption.”

Those businesses that undergo successful change initiatives stand to reap myriad benefits including advantage over competitors, a more engaged workforce, improved sales, increased productivity or better service and ultimately a jump in profits.

So what are the steps involved in the successful implementation of change?

1. A corporate culture that promotes change

A company that has change woven into its fibers is one that is best placed to begin the change management process. That means having an agile organizational structure, a flexible approach to roles and an open mind when it comes to systems and processes.

In the case of acquisitions and mergers, this culture must be shared across the two businesses to be combined. When telecoms business Sprint acquired Nextel for $35 million, the clashes between the two company cultures meant that the process of change was unsuccessful. Being so focused on the financial gains with no consideration for the human side of the acquisition left the business in trouble. They lost staff as well as millions of customers.

For companies planning their overseas expansion, an international approach needs to be ingrained in business processes across the entire organization to succeed. Petrol giant Shell who employed 7,500 expats in 2010 and now has over 90,000 staff in 90 countries has always had a global approach to business. This has developed to become a cohesive culture where staff work as a team regardless of where they are in the world.

2. A shared vision and strategy

Every change management model must begin with a clear, shared vision for what the business is setting out to achieve. 1990s PC supplier, Compaq failed to survive the acquisition of Tandem Computers in 1997 and the Digital Equipment Company in 1998 because in trying to expand their offering into software, lost sight of their heartland business goal supplying PCs.

Meanwhile, though goals may be clearly defined, strategy to achieve those goals may not have been thoroughly considered. A company looking to scale their business and expand their staff must get their personnel management strategy in place first rather than hiring a slew of new staff with no new processes prepared. The change program should include onboarding and training as well as the necessary updates to the payroll systems to accommodate the new hires and complexities that come along with scaling internationally.

When jeweler Michael Hill expanded into Canada and the US from their native Australia, they failed to pick up on differences in employee leave policies between the countries. Staff in Australia and New Zealand have a standard four weeks holiday, whilst in Canada, workers expect only two weeks and in the USA it’s just 0 to 10 days. What’s more, by installing existing staff into the new locations rather than hiring local managers, the company missed out on vital local information that could have rescued their expansion plans.

In both cases, a failure to plan goals and strategies led to the failure of the company’s change process.

There is no doubt that the most important stage in the 5-step process is involving employees. For every change management plan, connecting employees to the change is essential to its successful implementation.

Alison Carter, principal research fellow at the Institute for Employment Studies says, “Ideally it needs to connect at quite an emotional level.” This means taking the time to explain why the change is necessary and giving examples that show the benefits of the change from their perspective. Andy Swann, goes one stage further, suggesting that employees need to feel so connected to the change that they ‘own’ it. “Because when people own a change, they engage positively with it.”

A suggested method of encouraging employees to own an organizational change is to elicit upper management support, meanwhile, enlisting the help of Change Champions, or as John Kotter puts it, a ‘volunteer army’, to ensure the change is promoted at all levels of the business.

Every team member involved in the change management process from HR to executives to change champions should ‘live’ the change. The McKinsey Quarterly notes the importance of devoting time, resources and personnel to a change program in order to show the company’s commitment to what they call “role modeling”. In a study in 1990, David Nadler and Michael Tushman note that it is these “mundane behaviors” such as how you spend your own time that are some of the most effective ways of leading change.

Putting people first during a period of change involves conducting surveys, asking questions and organizing training. In 2006, in a changing business environment, IBM engaged employees and stakeholders in online brainstorming sessions on their intranet site. 150,000 people got involved from 104 countries, contributing 46,000 posts. This is a great example of a culture of personnel engagement and using new technology to develop a company founded on agility and inclusion.

What is crucial is that though the HR team are the ones planning the organizational change, it is the business leaders and managers who are implementing the practical steps, with the support of the change management experts. This reduces resistance amongst more junior staff members.

When a Chinese fast-moving consumer goods company merged with a US company, there was initial resistance as it was felt that the American way of doing things would not work well in China. As a result, staff were slow to adapt to the change costing the company in productivity.Had the project managers involved the team members more thoroughly in the change process, this resistance could have been avoided. That would have meant giving clear reasons for the change, explaining the change timeline and outlining the company’s expectations of the employees. Mark Swain, head of the Henley Centre for HR Excellent and director of partnerships at Henley Business School advises HR managers to absolve employee fear of the unknown by showing what the change will mean for them. In an IBM survey, participants reported that benefits not being explained clearly was a key barrier to change in 69 percent of cases.

“Organizations and managers need to start seeing resistance as something to be understood rather than something to be overcome,”  says Alex Swarbrick, Regional Director for Asia-Pacific at the Roffey Park leadership institute

Find out why staff are resisting and act to allay their fears. 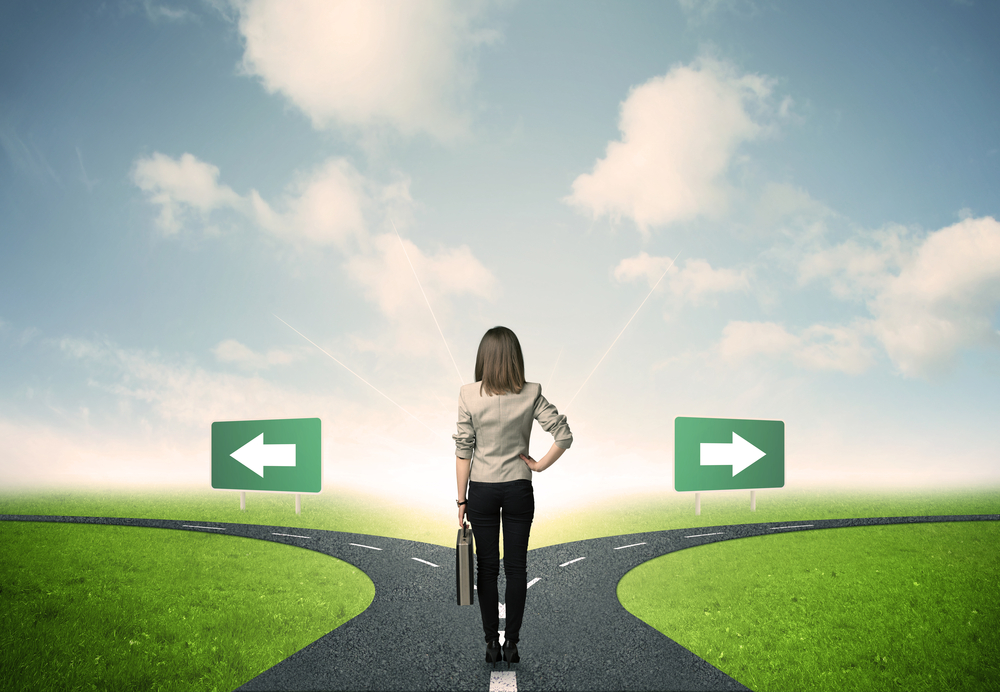 Once the early engagement and consultation of staff have subsided and the change process continues, constant communication remains one of the most essential parts of successful change project management.

Not telling employees about changes can increase misconduct by 42 percent, and there is no such thing as communicating too much, according to Victor Lipman. “Often, communications need to go through the organization eight to 10 times before they are accepted,” Neo Chia Reei, Director of Organization Development and Learning at NTUC Health advises. After this, change can happen fast because “everyone in the ‘change trail’ has ownership of it and sometimes may even think they invented the changes!” Reinforcing that ownership established in step three through regular, transparent communication is key.

Just as the change should be modeled and adopted at all levels of the business, communication must come from all angles. Information from HR should be supplemented with blogs containing real-time updates from senior management and newsletters detailing positive case studies from employees to explain and update staff on the current state in the change process.

Services company, Penspen underwent a company reorganization that did not initially have the support of the employees. But once the HR team communicated the process in the local language things improved. What this shows is that clear, specific and regular communication is key, always ensuring that it is a two-way street.

Once change is underway, the final important step in the change model is maintaining momentum.

Most change happens in phases, but what often happens, says Alison Carter – principal research fellow at the Institute for Employment Studies is that “Change is often seen as an initiative or series of programs, which may or may not be connected to each other, and each one can often run out of momentum.”

Celebrate short-term wins in company communication and keep the lines of feedback and data open to correct and adapt changes in real-time. You may need to adjust the speed at which change is happening according to your business’s case, but do not lose momentum.

During periods of change management, companies rely heavily on the experience and skills of the HR team. What is important for HR managers is to follow the process from fostering an agile company culture through establishing a shared company goal to enacting a change process that engages employees at every stage and does not lose momentum. In this way, organizational change is more likely to reap the desired rewards.